For many travelers, one of the great joys of visiting urban environments is simply watching the action unfold around them. Cities, like dreams, are made of desires and fears, figured Italo Calvino; but the best have pretty decent architecture, a buzzing food scene, and smart places to stay too.

With a world full of fascinating destinations, choosing the perfect vacation spot can present a challenge. The research shows us that the most popular cities, including Hong Kong, Bangkok, and London combined, attract more than 72 million visitors a year.

(Note: Some of the below destinations may be affected by the coronavirus outbreak. Check with the CDC and the U.S. Department of State before traveling). Here, in our humble conclusion, are the world’s most beautiful cities.

Today, London is one of the most diverse cities in the world, with a rich history and some of the most outstanding cultures on the planet. Take a spin on the London Eye to experience spectacular views of the city’s skyline and get a unique perspective on iconic London landmarks like Big Ben, London Bridge, Westminster Abbey, and the Hungerford Bridge.

Marvel at the city’s many iconic buildings and palaces, immerse yourself in the culture at one of the 170 museums, and relax amidst the natural beauty of the Royal Parks. With more than 100 nationalities, the city is the most international city in the world.

We believe that it’s this melting pot of cultures, nationalities, and languages – which makes London so attractive to travelers worldwide. Buckingham Palace, The Tower of London and Tower Bridge, The British Museum, Big Ben and Parliament, National Gallery are the top-rated tourist attractions in London.

There is so much to see in New York City! Its bustling streets are a whirlwind of activity, and there are world-famous sites around every corner. From iconic landmarks like the Brooklyn Bridge to the city’s incredible food scene and the fascinating museums, you could spend months exploring NYC. Year-round. Central Park is as beautiful in full bloom as it is blanketed in snow. Each season offers something just a bit different—and equally worth seeing.

AVERAGE DAILY SPEND BY REAL TRAVELLERS IN NEW YORK IS $144 per day. This reflects what everyday travelers tend to spend in New York. Think mid-range – most of the major attractions, a few cab rides, maybe a big night out, and a bit of shopping on the side. 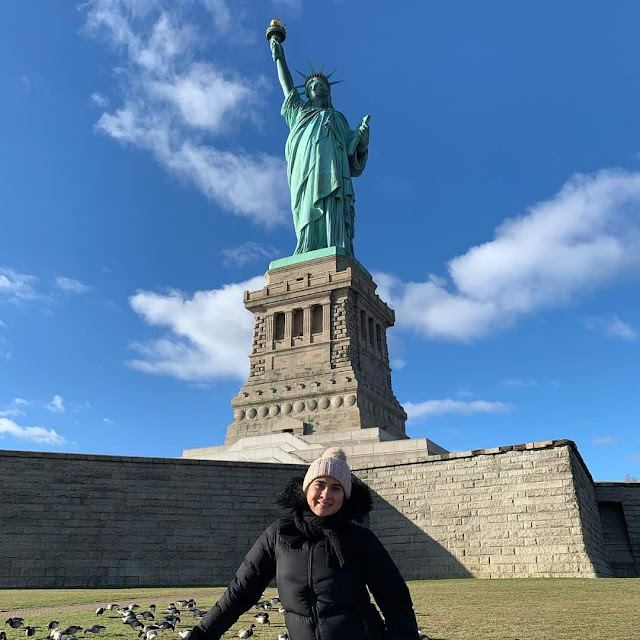 Rome makes a strong impression on first-time visitors. Its beauty, personality, and chaos envelop you the moment you step out onto its busy street, and, for many, it is love at first sight.

The best time of all to visit Rome is in the spring (with the exception of the Easter weeks) and fall, especially May and October. Eating out is one of Rome’s great pleasures and the combination of romantic alfresco settings and superlative food is a guarantee of good times.

Rome is known for its stunning architecture, with the Colleseum, Pantheon, and Trevi Fountain as the main attractions. It was the center of the Roman Empire that ruled the European Continent for several ages. And, you’ll find the smallest country in the world in Rome; Vatican City.

The best things to do in Bali include not-to-be-missed cultural treasures and some of the most iconic landmarks and landscapes that you can find around this magical island.

There are innumerable temples, historical sites, and spots of natural beauty spread across Bali’s 8 regencies, which were formerly kingdoms.

Bali offers something for everyone whether that’s shopping, surfing, relaxing, retreating, serenity-seeking, sight-seeing, attractions, exploring, or indulging in the wide options for food and drink. There are many historical and cultural landmarks in Bali where Bail’s rich culture and heritage can be appreciated.  April to September is the best time to visit Bali due to less rainfall. February is the cheapest month to fly to Bali, has cheaper accommodation, and is quieter as a result of the rainy season.

There’s a reason Paris is one of the most popular cities among travelers. Known as the “City of Light” or the “City of Love,” the streets of Paris overflow with culture, art, beauty, and history. Paris was originally a Roman city called “Lutetia.”

It’s believed that Paris only has one stop sign in the entire city. Paris is known for its many monuments, especially the Eiffel Tower, Notre-Dame Cathedral, Arc de Triomphe, Opéra Garnier, Les Invalides, etc.

The best time to visit Paris is from June to August and September to October. Both summer and fall have their ups and downs. From June to August the weather in Paris is just about parfait (perfect). Average highs are in the high 70s and there are long days of sunshine. Paris’ monument-lined boulevards, museums, classical bistros, and boutiques are enhanced by a new wave of multimedia galleries, creative wine bars, design shops, and tech start-ups.

The capital of Thailand has something for everyone, from its temples to its markets and shopping malls, museums, palaces, and beautiful architecture. Bangkok exudes the charisma of a bustling modern-day metropolis. It is noisy, colorful, exciting, and smile-inducing, all at the same time.

Luckily, there are tons of beautiful places beyond Bangkok’s periphery to suit your taste. Whether you want to party hard, find solitude in the jungles, visit architectural ruins, or get a dose of World War history, you are spoilt for choice. Asiatique The Riverfront, Rot Fai Market, Sukhumvit Soi 11, Thonglor-Ekkamai are some of the best places to visit in Bangkok at night.

Grand Palace, Ananta Samakhom Throne Hall, Ocean World, Chinatown, and Asiatique Ferris Wheel are some of the best places to visit in Bangkok for couples during their honeymoon.

Dubai is famous for sightseeing attractions such as the Burj Khalifa (the world’s tallest building) and shopping malls that come complete with mammoth aquariums and indoor ski slopes. The city has done a commendable job in developing cities to fit the tastes and preferences of people who belong to any demographic.

Dubai’s malls are way beyond this limited identity. Most malls have fun activities like gaming zones, ski slopes, aquariums, or something that is definitely worth sticking around for. Those who love exploring a city on foot will be disappointed because this is one city that is explored better in a car.

Dubai has a rich history, and the city’s culture is absolutely fascinating if you scratch beneath all that gold. Ride the world’s fastest elevator to the 124th-125th floor of the world’s tallest man-made structure, the Burj Khalifa. February and November are the best times to visit Dubai.

Sydney is a cosmopolitan city surrounded by iconic beaches, world heritage sites, and acclaimed wine regions. It is the starting point for day trips serving up the fresh air, unique flavors, and locals who know a thing or two about living life to the fullest.

It’s no wonder this vibrant city down under is a natural choice for first-time Aussie visitors. Whether you’re heading to world-famous galleries, eating fresh seafood near the harbor, or simply lounging on the beach, Sydney is a wonderful and exciting year-round destination.

International flights fly directly into Sydney Airport from many global hubs. From the airport, it’s an easy 20-minute taxi or train ride to the city center. To dodge peak season (around Christmas, New Year, and early January), visit from late September to early December or February to April.

One of the topmost places to visit in Delhi is the All India War Memorial, popularly known as the India Gate. The distinguished city of Delhi is blessed with several gardens and botanical houses which are again one of the features that Delhi is famous for.

The Garden of Five senses, the Lodi Gardens, the Buddha Jayanti Park, and Nehru Park are some of these gardens which have made Delhi famous among nature lovers. In Winter (October – February) The months of December and January are freezing cold and the other months of this season are moderately charming. In winter, the sky will be clear and the sun will be mild.

New Delhi is teeming with ancient monuments and remnants of structures that speak volumes of our glorious history. Along with car-thronged avenues, brilliant billboards, and huge traffic on roads, the historical sites contribute to the essence of the city’s diverse culture and personality. The city is dotted with spellbinding mosques, forts, and monuments left over from the Mughal rulers that once occupied the city.

Hong Kong is undoubtedly one of the most popular tourist destinations in Asia. It boasts of spectacular views, serene islands, thrilling experiences, exciting attractions, lip-smacking food, and plenty of amazing shopping options.

The Peak is Hong Kong Island’s highest point, with stunning panoramic views of the city below, best seen at night. Ride the century-old Peak Tram to reach it, or go for a green approach following the stunning Morning Trail.

Tending to gravitate towards modernization, Hong Kong shows its energy through the neon nightlife and boat-buzzed waterfront. From early morning hikes and temple visits to frantic shopping trips and the excitement of theme park rides, Hong Kong stays busy and exciting year-round.

From iconic tourist spots to fantastic nature areas, including places that are definitely worth a re-visit if you haven’t been for a while. High season is considered to be January, November, and December. The cheapest month to fly to Hong Kong in April. Enter your preferred departure airport and travel dates into the search form above to unlock the latest Hong Kong flight deals.

Q.1) What are the 10 most beautiful cities in the world?

Q.2) What is the best time for a world tour?

The time periods right after kids head back to school and the official vacation season wraps up are best for travelers to score a deal. Flying in January can save 31 percent, and flying in September can save 25 percent.

Q.3) Why safety and security are important in travel?

Safety and security are key aspects for the success of tourism in every destination. Rather than objective risks, it is the tourist’s individual and subjective perception of these risks that will influence destination choice and in the long run, tourism flows from one country to another.

Q.4) How can I travel very cheaply?

Q.5) What are the best travel hacks?