Is it given to you by your friend? then: “where do you hang a guardian bell on a motorcycle”?

Did you have ever heard about this before? Is this the must-have accessory for Harley?

Have you ever wondered why bikers attach these little tiny bells to their motorcycle? Well, In this post we’re gonna tell you the meaning of a bell on a motorcycle.

After hours of research, we uncovered many stories that open up “the story behind the bell on a motorcycle”.

Whatever the fact is! it’s better everyone must be aware. We believed it’s important for you all riders to know about this guardian bell on a motorcycle.

The first legend is on the card itself when it comes with the guardian bell when you buy them from Harley.

Motorcycle bell meaning in simple words are Those small bells, according to the riders is mostly known as Gremlin Bells, Guardian Bells, or Spirit Bells. They are considered as a kind of good luck charm for motorcycle riders.

Legend has it that evil road gremlins will attach themselves to a motorcycle and bring bad luck to your ride by creating mechanical problems and scattering rogue debris in your path.

Ride Bells are said to keep the spirits at bay and provide protection throughout your journey. And, the good luck offered by the bell is then doubled when they are given by a friend.

A guardian bell can only be given to another rider, not bought! In order for the charm to work, the bell must be given to a rider from a loved one.

The bell’s power is manifested through this good gesture when someone who cares about you gives it as a gift. When you sell your bike you should remove the bell and keep it.

Here’s Why People Put A Bell On Their Motorcycle

If you buy your own bell, the magic will still work but if you receive one as a gift from a friend or a loved one the magic is doubled because out there somewhere you have a friend that is looking for you.

For that the power of the bell is doubled if it is given to you by a friend or loved one. If a rider’s friend had bought this bell as a gift, there’s the belief that the recipient is likely to think that their angel can fly really really fast and safely after installation.

Ride bells are now more than a tradition than a superstition among bikers. So they make a great gift for the rider in their life.

Well, there might be less possibility to become the victim. Despite all, all we can do is at least be aware and alert to prevent from happening.

What Is The Story Behind The Bell On A Motorcycle?

The story is told of an old gray biker who late one night was headed home from a road trip to Mexico. In his saddlebags were gifts and trinkets for the kids who lived at the orphanage.

As he rode alone in the cool desert air, he felt blessed for his own life. The kids at the home, his biker friends, and most importantly the bike that had never let him down. He spent many miles on the highway with this bike and the two had formed a bond that only bikers can understand.

As he rumbled along the high desert, the full moon lit up the sky, and silhouettes of cactus cast eerie shadows along the desert floor. The old graybeard was unaware that a few miles up the road awaited a nasty little group of road gremlins intent on its next victim. Road gremlins are evil little creatures that leave obstacles in your past old mufflers, pieces of rubber, boxes, diesel, fuel, and unexplained objects. You’ll never see that can cause your tire to go flat or a chain to break.

They also chase animals and deer into the path of unsuspecting bikers. The road gremlin’s sole purpose is to make a biker crash by adding notches to their little bells. They are evil and nasty little pieces of creation.

As he rounded the curve, the road gremlins ambushed him with everything they had causing him to crash and skid. He woke in the ditch barely alive, nearby was one of the sets of legs that ripped off his bike. The biker lay there helpless and unable to move as the road gremlins began moving in to finish him off. The biker greybeard wasn’t going to give up easily and started throwing things from the saddlebags at them.

Finally, he had nothing left to throw but a tiny bell. And he started ringing it not knowing if it would help. But at the same, he wanted to die thinking of the children at the home. The leaving behind surprising sound of the tinkling bell seemed to confuse the gremlins and they paused their attack. The old biker was encouraged but he was in a bad way. He didn’t know how long the bell would keep the gremlins away but without a suspension, the gremlins were between him and his bike with no way for him to make a fast getaway.

Not far away two other bikers had just stopped to make camp for the night, and they were unaware of the crash as they had been riding 30 miles or so behind the old biker. Fortunately, they stopped before the curve for the crash site. As they dismounted, they heard a bell ringing and ringing. Thinking that was an odd thing to hear in the middle of a desert they quickly went to investigate.

They came upon the old biker in the ditch with the gremlins surrounding him with a vengeance. And without concern for their own safety, the two bikers attacked the gang of road gremlins killing several and scaring off the rest.

The old biker was grateful for their help and offered money to his saviors but they refused to accept any payment. The old biker wanted to show his gratitude and wouldn’t let the two bikers leave without something for their good deed.

And there, the old biker cut off two pieces of leather from his saddlebag tassels and attached a bell to each piece. He then attached the bell to the two bikers’ bikes as close to the ground as possible.

The old biker then told his new friends that with those bells attached to their bikes they would be protected from road gremlins and if they were ever in trouble ringing the bell and a fellow biker would come to their aid.

So whenever you see a biker hanging a bell on a motorcycle you’ll know that he has been blessed with the most important thing in life; friendship from a fellow biker.

Some believe gremlins live on motorcycles because they love to ride and are the cause of most bikers’ problems like when a tire goes flat or any several hundred problems that could go wrong.

Evil spirits can’t live near a bell because they are trapped in the hollow of the bell. Their hearing is hypersensitive so the constant ringing in a confined space drives them insane.

Where To Hang A Guardian Bell On A Motorcycle?

Because gremlins creep on the roadways and “grab” onto the bikes as they pass by, henceforth the low-hanging bell should be the first thing they contact so that they are immediately captured by it.

The most forward point on your bike to scare off those gremlins a lot quicker. There’s a spot on the bike, a little crossbar on the frame where that’s all the way up towards the front, right under the box. You’re gonna get that installed real quick.

It should be attached securely – Safety wire is used sometimes, but it can create rust and scratches, so it’s better a zip tie is used for a solid and durable mount.

It’ll be nice and tight. We would love to hear from you “Where do you put a guardian bell on a motorcycle?”

In most gremlin bells, it adds a noise that the demons say, “never ride faster than your angel can fly”.

Let us know what you think of the legend!

There you have it! the most of all important legends on the guardian bell. There are many out there so we’ll let you choose which one to believe. And if you’re looking to gift a guardian bell to a friend we got three awesome selections down below.

Let us know why do you put a bell on a motorcycle and also if you think that the bells are silly.

Or. the legend is just absurd! is it bad to have more than one gremlin bell on a motorcycle? Comment that as well we’re just interested to see what everybody thinks about this.

As far as concerned, a good deal of people we know rides with a guardian bell.

If your friend has got his first Harley, this is the perfect chance to gift the guardian bell and make their day fruitful. 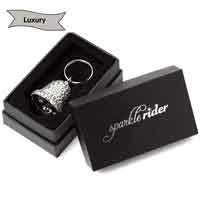 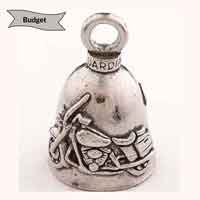 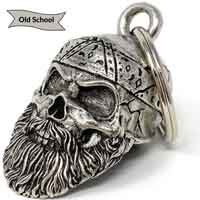